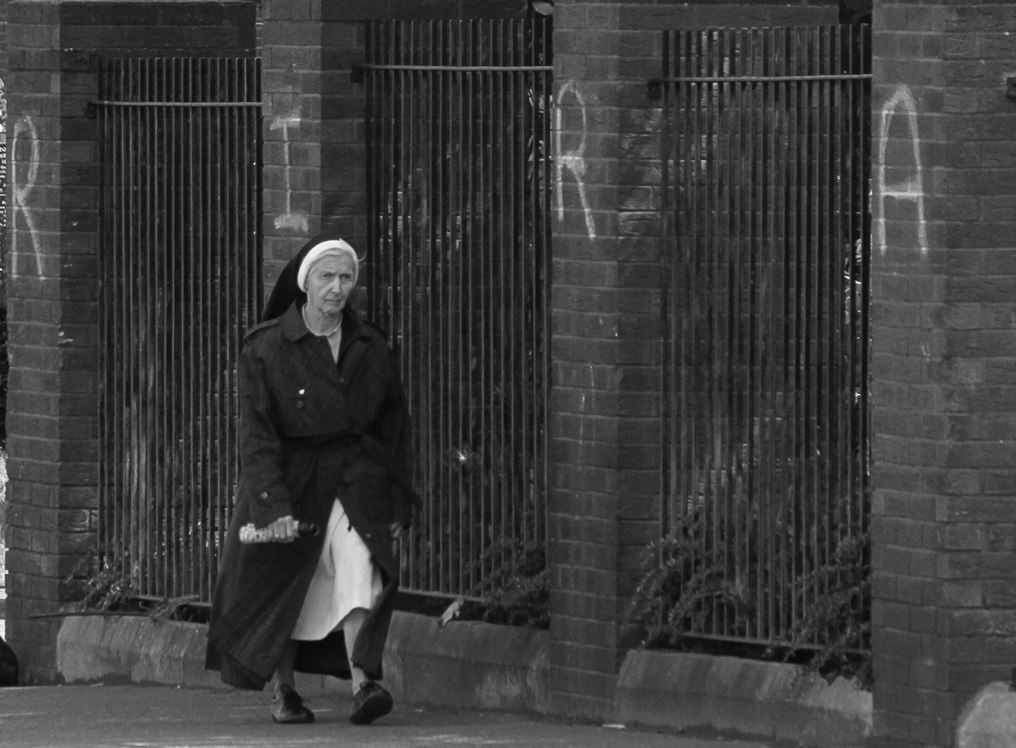 I read with interest Eli Davies’ contribution to Writing the Troubles, and concur with her argument that the voices of women have been marginalised within the historical narrative of the conflict. Indeed, Eilish Rooney’s assessment of the situation is unambiguous: ‘If you want to learn about women in the Northern Irish conflict, you would do well to steer clear of the mainstream academic analyses and key texts. In the vast literature generated by this conflict, women are either invisible or assumed to be included.’[1] How women are affected by conflict has become an increasingly significant component in the evolving global discipline of women’s history. Yet, twenty years after the Belfast (Good Friday) Agreement there are women in Northern Ireland who have never spoken of the trauma of those years.

On 24th July 1990, a road side bomb exploded in Armagh, killing the three occupants of a police vehicle, Constable William James Hanson (37) and reserve officers Joshua Cyril Willis (35) and David Sterritt (34). The two occupants of another vehicle were both severely injured, with one, Sr. Catherine Dunne (37), eventually succumbing to her injuries. A member of the Sisters of St. Louis order based in Armagh, Catherine Dunne worked as the assistant deputy director of St. Joseph’s Training School in Middletown, County Armagh.[2] Following the nun’s death, the regional superior of the Sisters of St. Louis, Fiona Fullham, issued a plea to those involved in the conflict ‘to think of the human face of the people who have died and who are dying, and of the families who are suffering needlessly all these years…I would say, please stop. Please stop.’[3] Another sister, Corina Muldoon, noted that in an era of diminishing vocations and ageing religious communities, the young nun had been ‘quite a treasure’.[4] Female religious communities had endured the conflict for more than twenty years, but as Corina Muldoon explained; ‘It’s only when it comes home to your own door that you appreciate what death by violence is like…When it’s one of your own, you really realize what it must be like for the families of each one who has died by violence in Northern Ireland’.[5]

Such public statements from religious sisters were rare. Despite being the public face and essential members of the Catholic Church, religious sisters seldom appeared in the media, often members of the male clergy spoke on their behalf. Whilst identity and political perspectives in Northern Ireland have traditionally been influenced by religious denominations, and a plethora of academic inquiry, including numerous oral history projects have been designed to facilitate co-existence of competing narratives of the conflict, female religious communities have remained silenced, their testimonies neglected if not ignored. [6]

My research seeks to address this omission through the medium of oral history. Methodologically, I incorporate semi-structured interviews with archival research to explore the lived experiences of Catholic religious sisters during the Troubles, and the impact the conflict had on their lives. To date, my research has shown that during the years of the conflict, as religious orders gradually ceded control of schools and hospitals to lay principals or organisations, many sisters discovered a fresh approach to prophetic ministry, and became more visible in their local communities. With visibility came risk, however, attributed in part to the wearing of ‘the habit’ which identified them as Catholics, and therefore in the eyes of some, aligned with the republican movement. Consequently, some sisters were verbally abused, including one sister who recalled her terror when confronted by an angry mob who shouted obscenities as they followed her through a Belfast train station. She was helped by a passing taxi driver and vowed never to wear her veil in public again.

Irish sisters living in England also documented similar abuse. Social activist Sarah Clarke has been described as ‘one of the most significant and heroic women involved in the Anglo-Irish situation over the past generation’.[7] In her autobiography No faith in the system, however, she recalled: ‘…I went to the Old Bailey as I had done so many times before…I was still subjected to taunts and insults…Abuse has been a constant part of any work I have done as friend and adviser to prisoners and their families.’[8] Difficulties also arose for sisters living and working in nationalist/republican areas. As a sister explained, ‘one of the challenges that I had to face in my parish pastoral work was being able to walk a middle line and not take sides’.[9]

Dr Jan Freytag’s recent contribution to Writing the Troubles highlighted the difficulties facing lay researchers in locating and accessing Catholic Church sources. However, I contend that the individual narratives of the participants in my research will provide a further dimension to understanding the complexities of the Troubles, and the personal, cultural and social transformation in a post-conflict society. The interviews offer an insight into the challenges these women faced and the demands placed on them by nationalist ideology and religious doctrines. It adds a gendered element to the historical narrative of the Catholic Church, and reminds us how women coped during the years of the Troubles. In the absence of the written word, it also shows the importance of oral history, without which, individual actions and initiatives can be forgotten.[10]

[6] Claire Mitchell, ‘Behind the ethnic marker: religion and social identification in Northern Ireland’ in Sociology of Religion, lxvi, no 1 (2005), pp. 3-21.

Briege Rafferty is a PhD student at Queens University Belfast. The title of her thesis is ‘Caught in the crossfire: Catholic religious sisters and the Northern Ireland Troubles 1968-2008’. Her research addresses the concept of marginalised identities during conflict through analysis of the experiences and roles played by religious sisters during this historical time-frame. It explores what their narratives reveal about their experiences as religious women, their socio-historical situation, and the cultural and political climate in which they lived and worked.